Join us at Tech Field Day 18 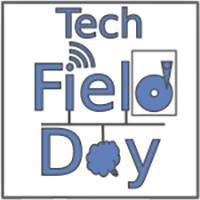 Join us at Tech Field Day 18

Here we are again with a new TFD coming, “Winter South Edition” in Austin.
I’m grateful to Stephen and his crew to host me once more, I feel part of their great family by now.

In this 18th edition we’ll have the opportunity to attend vendors like Datera (first time for me), NetApp, Solarwinds (going to be an “aficionado” with them) and, last but not least, VMware.
Furthermore, I’ll meet new delegates, more than previous TFDs:

What do I expect from this TFD? Everytime is exciting to be a delegate because I feel lucky to receive previews and ask questions about them in a sort of one-to-one presentation.
In particular, and in order, I’ll be curious about:

last time they presented their HCI solution, quite unusual for a company well known on storage market, and it was impressive. What will be their technology development?

so many products, most of them cloud-oriented. My focus is on cloud so my expectations are very high on their tools

well… should I have to say anything? This is my “mother ship”, I’m certified and the business of my company is focused on their products only. I’ll be all ears, whichever product they will illustrate.

Packing my stuff for the trip, but even if you can’t be personally there, remember that all sessions are live here and all of us will report any question should you have using the hashtag #TFD18 on twitter: we will be glad to ask for you.

DISCLAIMER:
My flights, accommodation and other expenses will be paid by Gestalt IT for my Tech Field Day. There is no requirement for me to blog about any of the content presented and I am not compensated in any way for my time at the event. Some materials presented will be discussed under NDA and won’t form part of my future blog posts, but could influence future discussions. 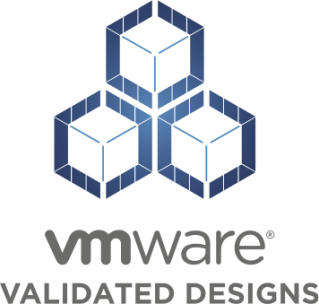 I’m excited to be writing this blog, on January 22nd the Integrated Systems Business Unit (ISBU) released version 1.0 of VMware Cloud Builder a free virtual appliance that allows our customers to automate the deployment of VMware Validated Designs. In this post I will provide some background history and provide a bit of detail as 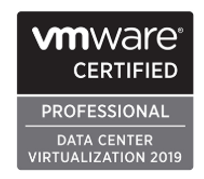 The VCP 2019 Certifications Are Here!

A couple of weeks ago I shared insight into our 2019 certification plans and timing. You can read that blog here. I’m happy to announce the new VCP 2019 certifications are now live! You can start earning them by passing any of the applicable exams, including the new DCV exam based on vSphere 6.7, The post The VCP 2019 Certifications Are Here! appeared first on VMware Education Services. 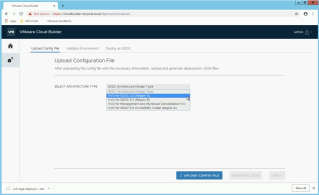 All in one vCloud Director Appliance for your lab. 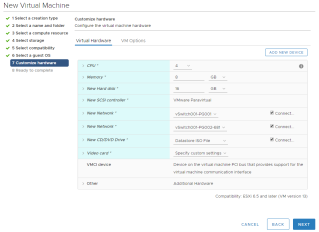 All in one vCloud Director Appliance for your lab.

If you’re like me, you need to build or rebuild your vCD environment fairly often for various POCs. This blog will guide you to a quick and easy single VM vCD build that has PostgreSQL, RabbitMQ and vCD. I am going to use CentOS 7 for the platform as it has all the bits it…Read More

Videos created that discuss vCloud Director 9.5 Cross-VDC networking and how a provider could establish and set this up inside of vCD.

How To Test Network Connectivity with netcat utility in VMware environments 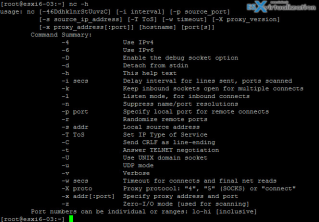 How To Test Network Connectivity with netcat…

One of the testing tools for VMware networking is netcat. We have a post which explains the basics of vmkping command here – How To Test Network

Manage an ESXi firewall with PowerCLI and ESXCLI

Manage an ESXi firewall with PowerCLI and ESXCLI

You can streamline ESXi firewall management using the command line instead of the vSphere Web Client. Learn how to view and set firewall configurations using ESXCLI or PowerCLI.

It’s time to renew my VCP as reminded me by VMware’s email.

Lately I’ve been quite lazy with my blog because after VMworld sessions, both of VMworld, and a couple of other trips I felt that my family missed me, and vice versa. So, I slowed down with everything except my dear wife and baby.

Actually, it’s a process that I started weeks ago, just not to be in a hurry, as usual.

Since some years I left the idea to have a physical lab for several reasons, moving it to Ravello Systems thanks to my vExpert status.

I started from the exam blueprint, analysing every single section and applying to the lab. Of course, lab can’t be the only resource since the exam will cover stuff like maximums, licences and so on, but I strongly believe that getting dirty your hands is the best way to understand how things work and especially to remember and to troubleshooting.

Ravello has a simple management of the network layer, switches can’t have preassigned ports, and router can’t NAT unassigned IP. But this could be solved or using a third-party router (in my case, pfSense) or exporting either vCenter and NSX out of vCenter so that they could have a public IP.

I wrote a blog post, and that blog post was perfectioned by Ian Sanderson, and I also did for NSX (but it’s still to be published).

I presented my activity about vCSA during a Ravello vExpert session so I had a chance to install and reinstall several times the whole system – I decided to test either vCSA 6.5 and 6.7

Now I decided to plan things in a better way, assigning also VLAN ID to network, to simulate a more real environment. Result was exciting: better vSAN management, vmkernel in general better managed, and a much wider vision of the whole architecture so that it was also a good exercise for my architect activity.

Thanks to FreeNAS I’ve been able to simulate a iSCSI and a NAS storage I must mention also that the basis of my installation (and the previous also) came from Alastair Cooke‘s Autolab, lastly renewed.

I advise not to use more than 3 ESXi with no more than 4 vCPU and 8GB of RAM for 2 reasons: vExpert vSphere license covers max 16vCPU, and if you don’t plan to create tons of VM, a higher configuration will only burn hours of CPU. Another advice: use bare metal installation (Advanced configuration -> preferPhysicalHost: true): it will speed up all the platform a lot.

It’s a pity that it takes more than 15 minutes to start all, but it’s a little price compared to what you get.

In the next days, or maybe after VCP renew, I’ll try to go deeper in Ravello’s network to verify if I could squeeze more than what I’ve been able to, I’m sure that there’s something that I missed. I would like to thank David Owen for his support, Ian Sanderson for collaboration and Simon Law for inviting me to talk about my project at vExpert Community Call session.

I hope to be in the list if the next year Ravello will repeat the 3rd edition of Oracle Ravello Blogger Day should you plan to organize it.