We are excited to announce availability of VMware AirWatch 9.2. This release offers: A) Console and agent integration of AirWatch unified endpoint management (UEM) and VMware Workspace ONE identity and access management B) Deeper PC management support for Windows 10, macOS and Chrome OS devices Integration with Workspace ONE Workspace ONE configuration and enablement is […] 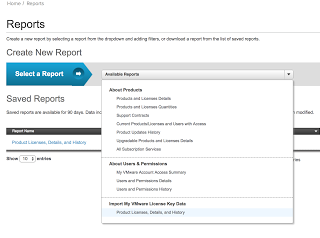 I bet there are lots of folks out there that just love managing licensing both on their systems and in the VMware portal. For those of you t…Read More

A couple of days ago I kept logging to vSphere Web Client unsuccessfully. My favourite browser was (is) Chrome. Actually, logon was successful, but the real issue was the message “Shockwave Flash has crashed”. Changing browser, rebooting, changing PC… nothing helped.

Chatting with colleagues, and receiving unusual mails from customers, made me understand that it wasn’t just my case, but something wider.

The immediate workaround came from a William Lam post:  he found that if you still had the previous or even older version of Flash, you could simply delete the latest version and Chrome would function again.

Final solution of the issue is shown in his post, updated day after day with news 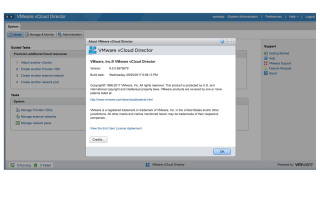 Now before starting this activity need to take backup for few VMs like. You can check my last blog regarding same. Here is the link Now starting activity Steps to upgrade We are running only…Read More

What’s the reason why we should rebuild something already working from the beginning?
One of the reasons could be because we think that we can do it better, or maybe simpler, with our own base concept.

I attended during TFD15 as a delegate in Silicon Valley the presentation of a quite new, at least for me, company that decided to do this.
In this occasion, Nils Swart, Head of Product in Skyport, described their entirely cloud managed on premises virtualization platform built on a simple architecture but strongly secured.

This is the first of the sessions that Skyport presented – I’ll follow up hopefully with the other ones also.

Cloud managed on-premises virtualization platform means bare pieces of hardware, running on premises (HQ, Branch offices) close to the end customer. But now comes the interesting part.
It’s cloud managed: you don’t manage the server (called “SkySecure Hyperconverged Platform”) directly in console or remotely, but only through a “SkySecure Center Cloud Management Service”. All the servers, all the locations, centralized.

Then they took the 5 most important parts of a successful virtual deployment and combined them for us:

I consider this the main effort: just think at putting together, as a final consumer, an orchestrated hypervisor system (i.e. vSphere), a SDS (i.e. vSAN), connecting all this on a virtualized and secured network (i.e. NSX) and last, but not least, monitoring this deployment through a specific application (i.e. vROPS)

The challenge with Cloud is unfair: it wins. The similitude Nils used made me feel a little scary: Cloud Eats our existing DC. This changes the operation model too.

So, the bulk compute will move to the cloud, no reason to take space in our DC, with a couple of exceptions: the one that “should not” move, like High Value, Compliance, Latency. And the one that “Cannot” move, hosting legacy applications not able to run in other environments.

Then there’s the “security” point: the DIY datacentre security will fail because CIOs tend to over-rotate to cloud even if workloads don’t belong there.

In case of a single customer, proposing complex architectures as public clouds do, means rise his costs, directly and indirectly, and security would be affected also in this case.

Nils talk about a Vendor conflict of interest: they train us to make their product work, spending valuable time on details of infrastructure, but not on using the infrastructure itself. Well, I disagree in this point. At least for the field I got training, after a fair base that’s necessarily theoretical, the remaining part was and is practical, using day by day what I built.

But let’s come back to the session. The solution proposed is completely developed inside, so all the hardening guides, best practices, patches, upgrades, all is care of Skyport. This is strongly needed because if not, the difference of maintenance between on-premises infrastructure and cloud is far too large.

This means that as long as complexity remain, there’s no reason to stay on premises: cloud wins easily.

Together with the previous assumption about what shouldn’t and couldn’t be moved to the cloud, result is that the datacentre has to shrink, adopting a simple and secure solution for few servers, possibly maintained, that performs as an anchor point for the services that we decided to move to the cloud. Complexity is tightly correlated to Security: if the first arise, the second falls dramatically, and vice versa

The criterium to identify what is expected to be moved and what remains could be explained with the following flowchart:

The concept that Skyport tries to apply to on premises deployment is to make the customer feel like if it is in a public cloud, but with the servers inside his datacentre. Skyport can realize this taking care of all the basic stuff – the yellow component in the image below, leaving to the customer the higher-level management, in blue

The next generation DC should be made of an anchor point to/from the cloud, plus infrastructure defined critical, plus legacy applications, and all of these 3 components to be replicated in case of branch offices or remote sites, all with the same standard of security, similar properties, similar protection, all of them managed by a central point.

The whole process should start looking at the environment, at what is or seems insecure and define so which are the critical systems. Then, move designated data to the cloud creating so a hybrid cloud environment. Lastly: manage the remote compute.